Slovenian victims of Auschwitz in Velenje

Opening of an exhibition

The exhibition by Boris Hajdinjak will open at Velenje Castle on Tuesday, 22nd of March 2022, at 6 p.m. It is supplemented with local material from the Šaleška Valley, and in its core tells the story of people from Slovenia who were taken to Auschwitz concentration camp. The majority were Slovenes, but among those deported were about 350 Jews, at least 78 Roma and at least one member of Jehovah’s Witnesses from Slovenia. Only about 1,000 returned from the camp, and for the remaining 1,300, Auschwitz was the place of death.

The exhibition will be on display until 22nd of May 2022.

You are cordially invited! 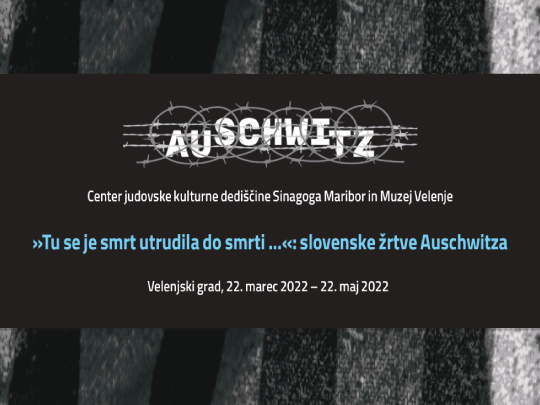