Ante Trstenjak: the Jewish part of the story

You are invited to a lecture by Boris Hajdinjak, director of Synagogue Maribor, entitled Ante Trstenjak: the Jewish part of the story, at the exhibition Arrogance and Bias of National Costume.

Of all the European capitals, Prague is probably the capital most famous for its Jewish history. In the city of Golem and Franz Kafka, the Slovenian painter Ante Trstenjak (1894, Slamnjak – 1970, Maribor) not only completed his painting studies, but also met the Czech Jew and dentist Evgenija Heřmann (1898, Dobrovice – 1982, Maribor), with whom he married in 1933. Prague is also a city that, together with the nearby Theresienstadt ghetto, is one of the most famous sites of the Holocaust. During Second World War II, both Evgenija and Ante Trstenjak and their son Mirko (1934, Prague – 1986, Ljubljana) were persecuted. Evgenija and Ante were also sent to the camp, but both survived. The lecture will present the significance of Trstenjak’s marriage to a Jewish woman and also who were Trstenjak’s Jewish relatives and what was their fate during World War II.

Boris Hajdinjak is a historian, geographer and director of Synagogue Maribor. For thirty years he has been leading tours in various cities ranging from Amsterdam to Cairo and from Gibraltar to Krakow. The biggest challenge for him is always managing his hometown Maribor.

Participation is free of charge. 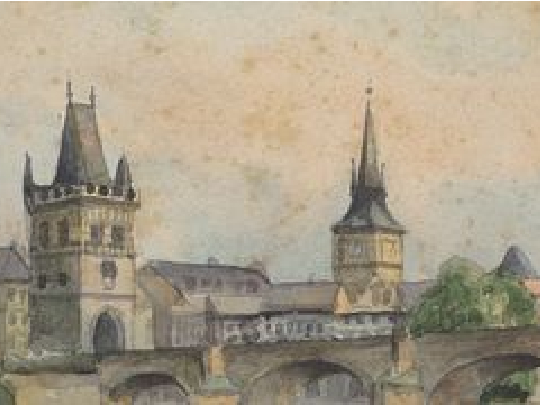